As I reflect upon this year’s festival, Virginia Woolf’s ‘Death of the Moth’ – her moth, trapped in a window pane, comes to mind:
“The possibilities of pleasure seemed that morning so enormous … that to have only a moth’s part in life, and a day moth at that, appeared a hard fate, and his zest in enjoying his meagre opportunities to the full, pathetic. He flew vigorously …what he could do he did.”

So, ‘Heresy and Rebellion’ – where is it? I’m still back at the discussion with Iain Banks, his refusal to do business with Israeli publishers, and his distinction between ‘heretical acts’ and ‘basic disagreement’. And, I remain in complete agreement with Bahaa Taher – that writers are “…the conscience of the people. They have a greater responsibility to act.” But since the closing of the festival, I’ve had several discussions with people, like Hans Magnus Enzensberger, who rejects this – “the Communists tried for years to force me to do things, do not make me bend to your rules.” So, friends, we have a problem: are we compelled to act? 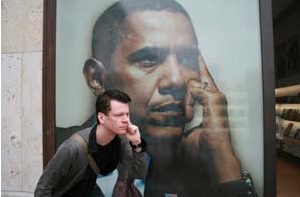 Years ago, as a writing student (if such a thing can exist) I struggled with this question among classmates and tutors. I do not believe writing is some mystical act, something that occurs because of some midnight inspiration. Writing, for me is an act of being alive, living. The inspiration occurs along the way, if at midnight, so be it – but my work hours are structured, I have to set goals, I have to work with others to get my work published.

Spiritually, I believe whatever special gifts or talents I may or may not possess, must be practised in connection with other people and the time I inhabit, for the talent to remain and strengthen. I write to tell stories, to engage and communicate. I cannot even begin a piece with a sole purpose to entertain – which is the reason I choose to work almost exclusively in narrative nonfiction.

I just returned from Berlin, city of Christopher Isherwood and Auden, where Isherwood wrote ‘Berlin Stories’. While certainly entertaining, his book has been repeatedly cited as one of the few works that credibly documents a certain place and essence of Weimar-to-Nazi Berlin. While certainly fictionalised, the account can be traced, most of the neighbourhoods he frequented thankfully remain. He was indeed a camera, he was there.

The person or persons who control the narrative, wins. In 2007, at my first writers’ conference in Prague, Michael March spoke to me about a ‘business culture’ masquerading as real culture. Right now, business culture controls the narrative hands down. Our governments are neuter to control or even place limits on banks and corporations. And, as my heart bleeds with every pulse of oil spewing into the Gulf of Mexico, I am outraged to the point of insanity wondering ‘where are the voices’, Bahaa Taher’s ‘conscience of the people’?

Back to Woolf’s moth. “[Its] legs agitated once more. I looked … for the enemy against which it struggled. … It was useless to try to do anything … only watch the extraordinary efforts made by those tiny legs against an oncoming doom which could, had it chosen, have submerged an entire city, not merely a city, but masses of human beings; nothing, I knew, had any chance against death. Nevertheless, after a pause of exhaustion, the legs fluttered again. It was superb this last protest … he succeeded in righting himself.” 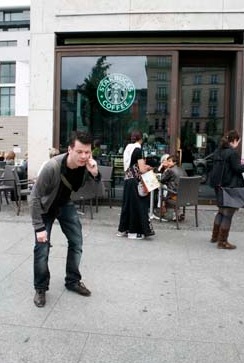 Question: How many times have you clicked a ‘SUBMIT’ button online in the past 72 hours? How many boxes have you checked agreeing to pages upon pages of legalease, and a paragraph that forces you to say ‘Thank You’ to some person in some corporation you’ve never seen, met nor will meet? Who controls your narrative?

We used a slogan in the fight against AIDS in New York City, “Silence Equals Death” and in the context of Heresy and Rebellion, it applies. Again, BP is burning sea turtles alive, as their oil continues to consume the Gulf; Iran sits ready to challenge Israel with a flotilla heading for Gaza; Israel is engaged in murdering unarmed civilians; North Korea is sinking ships; the banks just made off with billions, and the executives are still thumbing their arrogant noses at you and me – who owns the narrative? A year ago, while people bravely marched in the streets of Tehran, we were mourning Michael Jackson. Submit.

In the UK, they’re about to eliminate the ability to write a paper cheque for a sales transaction. Next, I predict, is the currency. Although discredited, US Senator Joe Biden is still pushing for a ‘button’ that gives the President unilateral power to ‘turn off’ the internet. China already has similar controls in place. Submit.

While in Berlin, I visited the German Resistance Museum, where I found the stories of many people who struggled against the National Socialists (Nazi Party). The narrative correlations between 1920s Germany and a 21st Century dominated by corporations is chilling. George Bush and Tony Blair lifted their rhetoric for the illegal war in Iran directly from Hitler “Whoever is not with us is against us!”

National Socialist campaign documents sound eerily like a lot of so-called ‘Tea Party’ rhetoric in the US, British Nationalism in the UK and Skinheads in Europe: “Once we have subjugated the state, it will be ours entirely. The moment we bring down the system, we shall become the state ourselves.” Fuhrer, er, sorry, I meant ‘Further’, a mere peek at the Israeli propaganda in juxtaposition to Nazi cries – “The Jews are our undoing!”, and ideas of “Blood and Soil” and “Race and Living Space” makes my bones turn icy in light of the current genocides in the Middle East.

A few years after the Nazis burned books on Opernplatz (10 May 1933), Ernst Bloch observed, in his essay ‘Gauklerfest unter dem Galgen’: “Speak softly, someone in the room is dying.” In the rest of his piece, if we substitute ‘Germany’ for wherever you are sitting right now, and perhaps ‘castration and prison’ is rephrased as ‘financial ruin and ostracism’ – the result, for me anyway, is profound, present day:

“The dying German culture does not even have catacombs available…What is an honest or talented person to do in this land? His very being endangers him; he must conceal it. Any form of talent, except that of cringing, is life-threatening for the person who possesses it. Artists who are worthy of the name are openly threatened with castration or prison… One has to learn to take the ridiculous seriously.”

So as thousands of gallons of more oil have blown into the waters of the Gulf of Mexico since I first sat and began this final festival blog of 2010, I’ve arrived back where I began. And I think in light of all this examination, as Banks observed, we have plenty, even too much ‘disagreement’, and not hardly any true heresy, resistance, rebellion. Therefore, at this moment, I’m having a hard time accepting arguments contrary to Bahaa Taher’s – if there’s ever been a time for voices of the people to rise and be heard, it is now.

“The body relaxed, and instantly grew stiff. The struggle was over. The insignificant little creature now knew death. As I looked at the dead moth, this minute wayside triumph of so great a force over so mean an antagonist filled me with wonder.” – Woolf

I think a real heresy right now is for writers and artists to buy entirely into the deception of entertainment, and business culture – to do so is to negate and undermine, to castrate, art itself and feed the beast that is devouring us. The arguments for creative passivity are failing. We don’t need more fuzzy bunnies, fake celebrities and supermodels. Go look at the images of the oil-soaked animals on the coast of Lousiana, the face of a dead child in Gaza or dead soldier in Iraq, and ask me if I need to read another goddamned poem about a love affair went wrong, or watch another ‘Romcom’. But then again, perhaps I do. Either way: we need to take back the narrative. Submit. Thank you. Please. Submit.

See you next year.